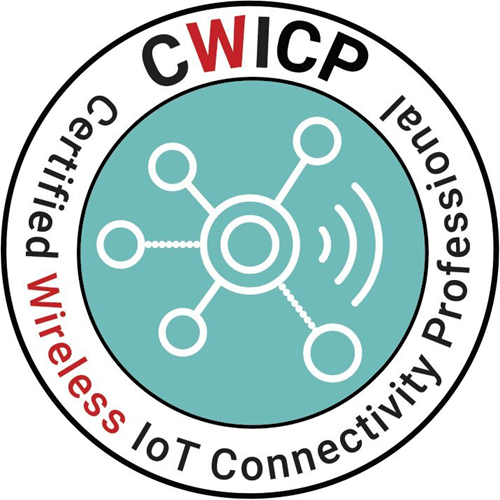 The Certified Wireless IoT Connectivity Professional (CWICP) understands IoT connectivity standards and operation in business and industrial networks. This knowledge can be applied to deploy and troubleshoot the most common wireless IoT protocols with an in-depth understanding of their operations. A CWICP should be able to identify the technology and security requirements for a given IoT solution.