Wireless Specialist acting in the Wireless Field since 2005 in different projects Indoor and Outdoor for different vendors in the Market in different segments. Wireless Certifications globally recognized:

1- We are considering the WAN is functioning correctly with good latency and performance and will not be considered as part of any comparison on this document.

2- No Tests or other comparison will be done in 2.4Ghz frequency because the 802.11/ac works only in 5Ghz and for 2.4Ghz it continues to use 802.11/n protocol which is already being used by ACME and is not part of the studies we want to demonstrate.

3- As in ACME we use in the Wireless Infrastructure a Channel Width of 20Mhz, for the purpose of the tests we will only perform tests with 5Ghz in 20Mhz channel width.

4- The tests are going to be performed with a Fast Ethernet Switch so the best Speed we will achieve will be about 90Mbps during the tests using iperf3 in the best-case scenarios.

5- The Wireless Controller we are going to use during the tests will be Cisco 9800-CL with image 17.3.4 without APSP patch applied. This image is currently the one used in Production for New WLCs at ACME.

6- The Access Points being used in the tests will be Cisco 1832i which with the following support:

7- The endpoint devices considered in the tests for this documentation are:

8- Topology used for the tests:

We are going to start this document talking about 3 main needs on Enterprise Wireless Infrastructure:

Before starting with the tests, we need to give you some technical background about the two technologies involved in 11/n and 11/ac:

Modulation Rates means the number of the bits per symbol for transmitting data. The more bits that can be represented by a symbol the more data can be transferred across the network. Higher modulation means more data transmitted and better usage of Spectrum. 802.11/n can reach up to 64QAM Modulation. Giving some examples below: 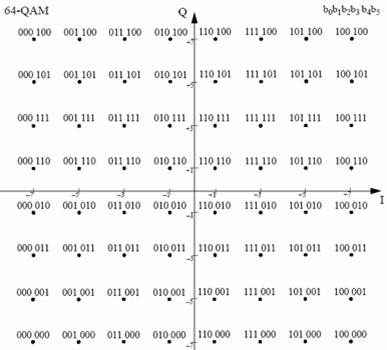 Modelez Laptops are in most cases (I didn't see any with 3 Spatial Stream yet) 2 Spatial Stream capable devices. In 5GHz band using Short Guard Interval or SGI (Explained later) can reach Data Rates of 144.4 Mbps in 20Mhz Channels and without SGI reaches up to 130Mbps. 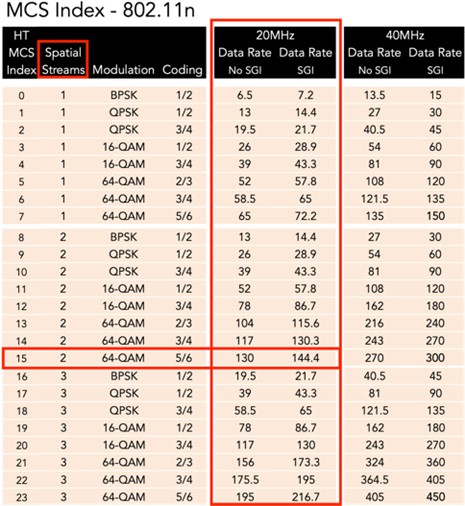 − Introduced in 2013
− Uses VHT PHY – Very High Throughput
− Explicit Beamforming (advanced signal-processing technique used in multiple-antenna communications)
− Uses 20Mhz, 40Mhz , 80Mhz and 160Mhz
− Operates in 5Ghz Band only. For 2.4Ghz the protocol used is still the 802.11/n.
− MIMO and MU-MIMO – Takes advantage of Beamforming increasing capacity and performance and uses Spatial Reuse where the same channel can be used in different areas by the same access point.
− Supports up to 8 Spatial Streams. In Practical Scenarios only 4 Spatial Streams Access Points are commercialized. 8 SS is more used in 802.11/ax which is not going to be discussed in this document.
− Modulation Rates – up to 256 QAM with 8 bits per Symbol – Explained later in more details
− Data Rates up to 6933.3 Mbps with 8 Spatial Streams but in practical Scenario we can consider 4 Spatial Streams and up to 3466.7 Mbps at 160Mhz – Explained later in more details

Modelez Laptops are in most cases 2 Spatial Stream capable devices. In 5GHz band using Short Guard Interval or SGI (Explained later) can reach Data Rates of 173.3 Mbps in 20Mhz Channel and without SGI reaches up to 156 Mbps, which increased the gain in the data rates in 20% in 20Mhz channel 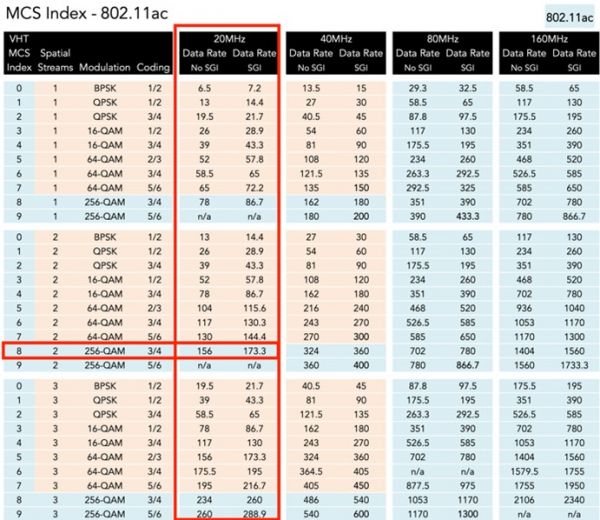