Speeds Like the 1990s in Wireless and We Love It 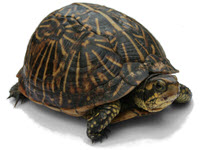 Speeds Like the 1990s in Wireless and We Love It

Faster is not always better and, with modern IoT, slower and slower is often the name of the game. Just how slow can you go? Think modem speeds from the 90s.

When it comes to Internet of Things (IoT) communications, faster is not always better. In fact, for most such connections, stable is better. Resilient is better. Consistent is better. Just about everything other than faster is better. Why is this? Because IoT devices do not always need speeds on their feeds. More often, then need reliability and slower is sometimes more reliable. They need to get a little through fast and consistently and not a lot through fast and that means lower data rates are fine and work well for hundreds - even thousands - of devices.

ZigBee is one of the most popular IoT protocols in industrial and even corporate office IoT networks. It is used for control and monitoring in many scenarios. ZigBee is used in agriculture for precision agriculture to transmit data from sensors to the network for analysis and adjustment of everything from watering control to fertilizer control. Don't get me wrong, ZigBee is not the only protocol used in such deployments. Some use Z-Wave, others use WirelessHART, still others use LoRA or even cellular connections. But one thing they typically all have in common is that they need to send small amounts of data - sometimes frequently and sometimes infrequently.

If you study the ZigBee protocol, for example, version 3.0 (or ZigBee PRO 2015), you will see that it offers a maximum data rate of 250 Kbps. This data rate limit is due to the narrow channels (2 MHz) and the robust modulation (O-QPSK (Offset Quadrature Phase-Shift Keying)) used. ZigBee rides on top of 802.15.4 and that IEEE standard defines O-QPSK as operating at 250 Kbps in the 2.4 GHz band, which is where ZigBee, for the most part, resides. Support for O-QPSK is mandatory for any 802.15.4-based system, such as ZigBee, when operating in 2.4 GHz.

So what can you do with a meager 250 Kbps? You can control a few thousand lights. You can monitor the temperature at hundreds of locations. You can monitor the moisture level in soil in thousands of acres and activate watering systems when it is too low using ZigBee-based actuators. The point is, you needn't say any more than:

Given that each message is literally comprised of a few bytes, even with ZigBee headers, at a data rate of 250 Kbps, thousands of these messages could be sent and received every few seconds. As you can see, speeds like the 90s are phenomenal because they get the data through and you have greater range, resiliency and reliability.

The first lesson to learn in IoT, for those working in the Wi-Fi space is this: forget all you've focused on in trying to make things go faster in wireless. In IoT, it needs to go better, not faster.