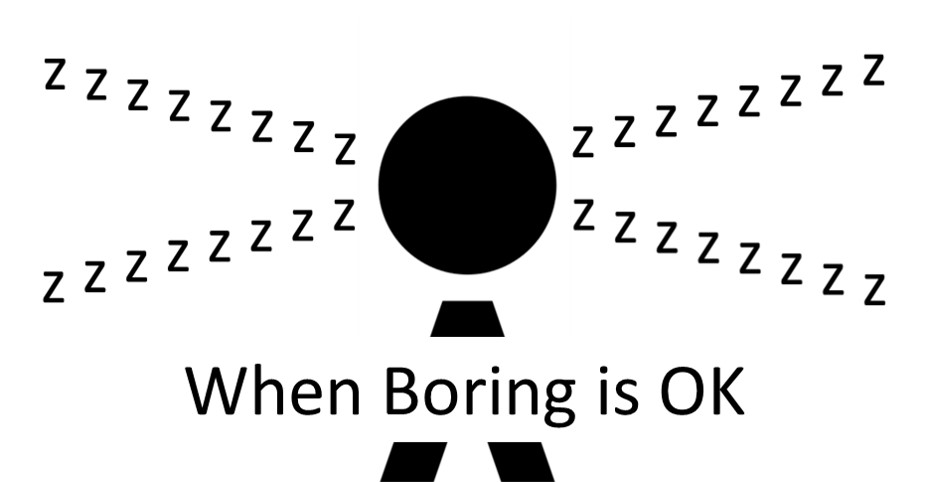 Of course, I don't mean to suggest that it should be boring to you. For example, I am enthralled with audio and audio recording equipment. Most people are not. When most people need a microphone, they just want it to work. When I need a microphone, I want to know if it's a dynamic microphone or a condenser microphone. What is its polar pattern and frequency response? Who is the manufacturer? Was it made in Germany or the United States, or Russia (the Oktava microphones are amazing)? I do not think audio equipment is boring, but most people do - and they should.

In the same way, those of us who work with wireless from design, support, engineering, and development perspectives do not think of wireless as boring, but our users should. You see, when it's boring it means it's working. It's just there - doing its job. That's what users want. They do not care if it's 11ac, 11ax, or 11xyz. They just want it to work.

To make wireless boring, you have to:

Now, we know that coverage, resilience, functionality, capacity, and security are provided through the implementation and configuration of, sometimes complex, but always exciting capabilities and designs. At least, to us.

Boring, according to the world's psychologists is "to be characterized by iteration or dullness." My use of the term here is more colloquial and means, simply, uninteresting. When is the last time you heard a user go into a coffee shop and connect to Wi-Fi only to begin singing the praises of the wireless network and the engineers who designed it? Probably never. However, if it's not boring to them, if it's interesting to them, it's because it doesn't work. Therefore, we do not want the wireless network to be "interesting," we want it to be boring - to them.

Ultimately, this is what the new CWDP (update) and CWIDP (new) certifications will be all about. They will focus on the hows and whats of good design that results in, well, a boring wireless network - whether for user access or IoT. So, as we near the release of these certifications in September of this year, get ready to be excited about creating boring wireless networks and get certified to do it.

0 Responses to Editorial: Let's Make Wireless as Boring as Possible...