My name is Michael Miller and while studying for the CWNA exam I came across some difficulties trying to understand RF wavelengths. The reason for writing this post is to share some of the things I found that helped me understand. Hopefully, this information will reach those who need it and can help them the same way it did for me. 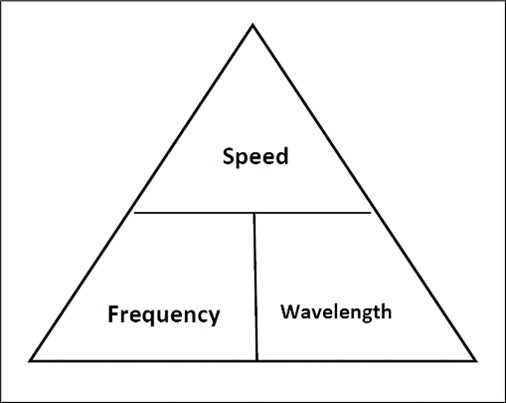 When calculating the wavelength, you will always have the speed of light (3.0x10^8ms^-1) to put into the formula. The next thing you will need is the frequency of the wave in kilohertz (kHz) or gigahertz (GHz) you may have to convert one to the other in order to cancel them out when dividing. Now that you have two of the numbers you can find the third one (the wavelength) by dividing the speed of light by the frequency to find the wavelength. Looking at the formula triangle makes it easy to remember where to put the numbers and what to do with them. If you were looking for the speed of light you would multiply frequency and wavelength to get it. If you are in a situation where you need answers fast and don't have time to waste doing pen and paper calculations, I would recommend using an online calculator. 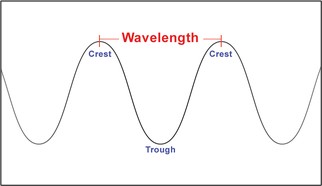 The Relationship Between Frequency and Amplitude