Small Victories Lead to Big Ones

Small Victories Lead to Big Ones 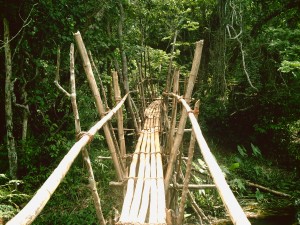 As Mercy Ships pulled into Liberia in 2006, the country had just come out of a 14 year civil war.  Children had been trained to be soldiers and were even forced to kill their own families.  Civilians had their arms amputated at the wrist (long sleeve) or at the elbow (short sleeve) for no other reason than to create casualties for the government to have to deal with.

The warriors in this conflict were plied with drugs prior to battle and some would even fight naked to scare their opponents.  Fourteen years of war had destroyed everything from the country’s only hydroelectric dam, their water systems, and every light and telephone pole.  Every piece of electrical wire, telephone wire, copper or steel pipe had been torn out and sold, as the population tried to feed themselves.  Every building, every lightpole was riddled with bullet holes as people fought for their lives. 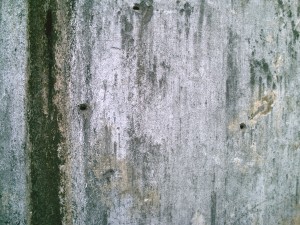 The Liberian government was a transition government installed by the UN to establish a constitution and election.  The country had no infrastructure, no government, hundreds of thousands of displaced people, separated families, and no one knowing whether their loved ones were dead or alive.

In these conditions where do you start?  What can you do?  The simple answer is what ever you can.  You bring your skills and resources and work to help individuals.  The systems are too big and too broken to address initially.  Instead you work to change just one life and then two, and then three, and before you know it you have helped a hundred individuals and then a thousand.  Eventually you stop to breathe and you realize that while you treated a thousand people, you also have trained a dozen doctors to perform life changing or saving surgeries and that they in turn will save thousands more.

Now that you can see actual progress, you are encouraged to address the lack of systems and infrastructure, and you work with other organizations and government officials to start building the most basic of systems.  For me, I was involved with helping to rebuild the nation’s capacity to treat the sick. 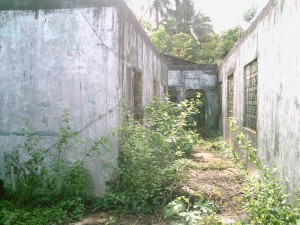 We began by taking the nursing instructors at the only surviving medical school and had them train on our hospital ship.  By training the trainers, the world class care we provided on our hospital ship would be replicated through all the nurses they would in turn train in the future.  This was a long term fix, but Liberia needed a quick fix to bring advanced diagnosis capabilities to this nation.  Telemedicine became a possible solution.

Telemedicine would establish an advanced conference call scenario where doctors in a Western hospital could remotely examine a patient using special cameras to examine a patient both internally and externally and possibly view any x-rays, CAT scans or MRI.  This technology could also allow Western teaching hospitals to provide teaching sessions to the Liberian nursing and medical students to bolster the lack of competent and up-to-date teachers.  We even had Dr. Elizabeth Cowboy of Via Christi of Wichita, working to have their state of the art telemedicine solution to act as a collaborating facility.

The technology is readily available; we could ship in the tough books and the necessary software and peripheral equipment.  What we couldn’t acquire was the bandwidth necessary.  We had a good solution from Second Opinion that provided the functions we needed and only required 128K of bandwidth.  In West Africa that 128Kb might as well have been 128Gb.  Even our 500ft ship with a crew of 400 people from 28 nations only had 400K of satellite bandwidth for all our systems and crew needs.  The European telecoms that own the satellites parked over Africa lacked the compassion or motivation to donate or discount a connection for this country.

Even if we had the bandwidth, there quickly became another problem that we couldn’t resolve. Having a highly trained doctor at one end of the connection and another doctor on the other end armed with only a scalpel, IV, and some recycled gauze really limited the capability of the Western doctor to impact the patient’s diagnosis and treatment.

Telemedicine is a solution that Liberia will need in the future and we hope to be part of that solution.  But not today; the lack of basic infrastructure of medical supplies and equipment rules out any hope for remote diagnosis or treatment.  The possibility of using the technology to facilitate better training of medical providers is still valid and desired if we could get a telecomm provider or donor to provide the bandwidth.

Our efforts in this case didn’t produce an immediate and viable solution, but we were able to define and test a technology that in the future could provide a road map to accelerate the advancement of Liberia’s healthcare systems.

While serving in these ravaged countries, I have come to understand that not every attempt to relieve their condition will be successful.  But it is in these failed attempts that we learn the realities of their condition, and as long as we capture the lessons learned our next attempt will have a better chance to succeed.

While we failed to produce a telemedicine solution during our visits over 4 years, we were able to provide nearly 50,000 surgical and dental procedures to these people.  We were able to train and equip dozens of medical professionals, build two schools and two clinics, and impact the lives of children in over 10 orphanages.

Through our efforts and failures we provided Liberia with a road map to use technology to rebuild their healthcare systems.

Our efforts don’t always yield immediate successes.  It may take another decade to get telemedicine to work in Liberia, but at least I know we tried and we gave them the vision of what it can do for their nation.

It is this small victory that I take pride in knowing it will lead to greater ones down the road.

Be blessed as you bless others,


0 Responses to Small Victories Lead to Big Ones