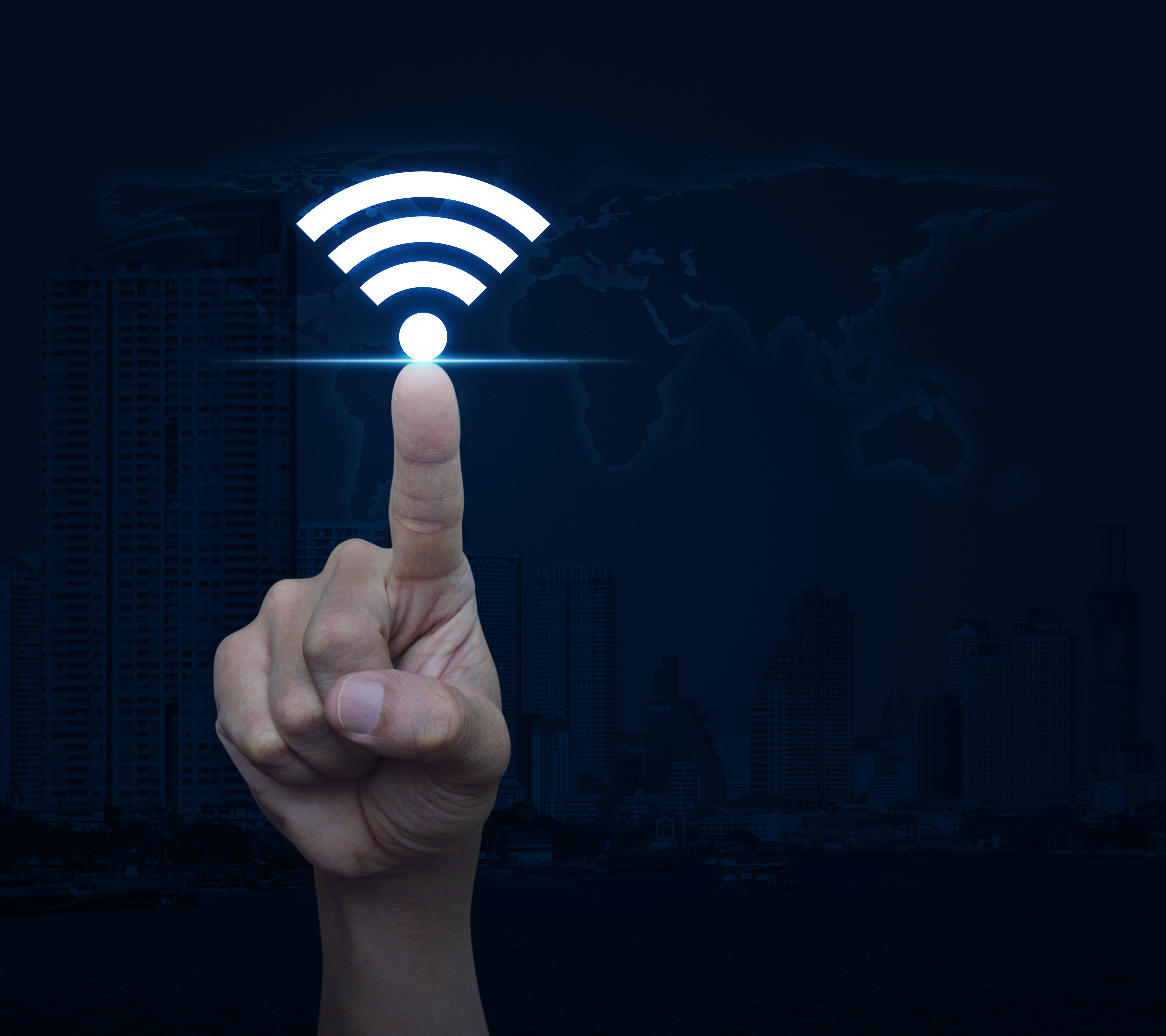 Although the wireless transmission of data is largely taken for granted, when one stops to consider how it actually happens, it does seem magical. There is, of course, a scientific explanation that can be understood by a non-WLAN professional. That explanation is the subject of this blog post.

All types of waves can be measured by their amplitude and frequency. The amplitude of a wave measures how tall a wave is from its midpoint to its top or bottom. The frequency of a wave measures how fast a wave is traveling. This also translates into how compressed the wave is or how many crests and troughs can be found per unit of distance. Radio waves can be naturally generated through electric pulses. Both the amplitude and the frequency of a wave can be modulated.

Amplitude Modulation (which gives the name to AM radio) is a process by which the amplitude (i.e., the height) of a radio wave can be modulated by a sound wave. Essentially, sound waves create vibrations in an electrical current flowing through a microphone or other device. This current can then be transmitted out through an antenna in the form of a modulated radio waves. These sound modulated radio waves emanate spherically from the source and can then be picked up by a device designed to receive these radio waves and convert them back into sound waves.

Frequency Modulation (which gives the name to FM radio) is the modulation of the frequency of a radio wave in order to transmit data. Essentially, the frequency can be modulated (i.e., sped up and slowed down) into patterns. A fast pattern (for example) could be made to represent a "one" and a slower pattern could be made to represent a "zero." These can then be transmitted as a binary code in various combinations which is the foundation of all data processed by computers. This data is then processed by the wireless device receiving the data into the programming for whatever function the device is accessing wirelessly.

Of course, the preceding descriptions of amplitude modulation and frequency modulation were purposefully simplistic in order to provide a conceptual understanding of the process by which it is possible to transmit data wirelessly. Certainly, the process by which the ever-increasing amount of data can be transmitted at the ever-increasing speeds of transmission makes the actual process more complicated. To better illustrate this complexity let's take a look at Quadrature Amplitude Modulation.

Quadrature Amplitude Modulation ("QAM") is a process of modulation that facilitates the transmission of digital information from one point to another. QAM efficiently transmits an analog signal which carries digital information. It does this by modulating the amplitude of two radio waves simultaneously out of phase with each other. This allows a wireless network operator to transmit more data at a faster speed, thus augmenting the bandwidth. Discussing this in any further detail is beyond the scope of this blog post. As said, the reason for including a description of QAM Modulation is simply to provide a glimpse as to how complicated this process can get and will continue to get as scientists and engineers develop new methods of transmitting more data at faster speeds as required by the current market of Wi-Fi consumers.

In short, the transmission of data wirelessly is made possible by the manipulation of radio waves. These waves are generated naturally by generating pulses of electricity. These radio waves can then be modified by their amplitude or frequency in order to transmit sound or data. This process can also be improved in order to increase the amount of data transmitted as well as the speed by which the data can be transmitted. As is illustrated by this blog post, the fundamentals of this process are relatively simple but can quickly become complex as the process is explored in greater detail.