Wi-Fi in the Sky 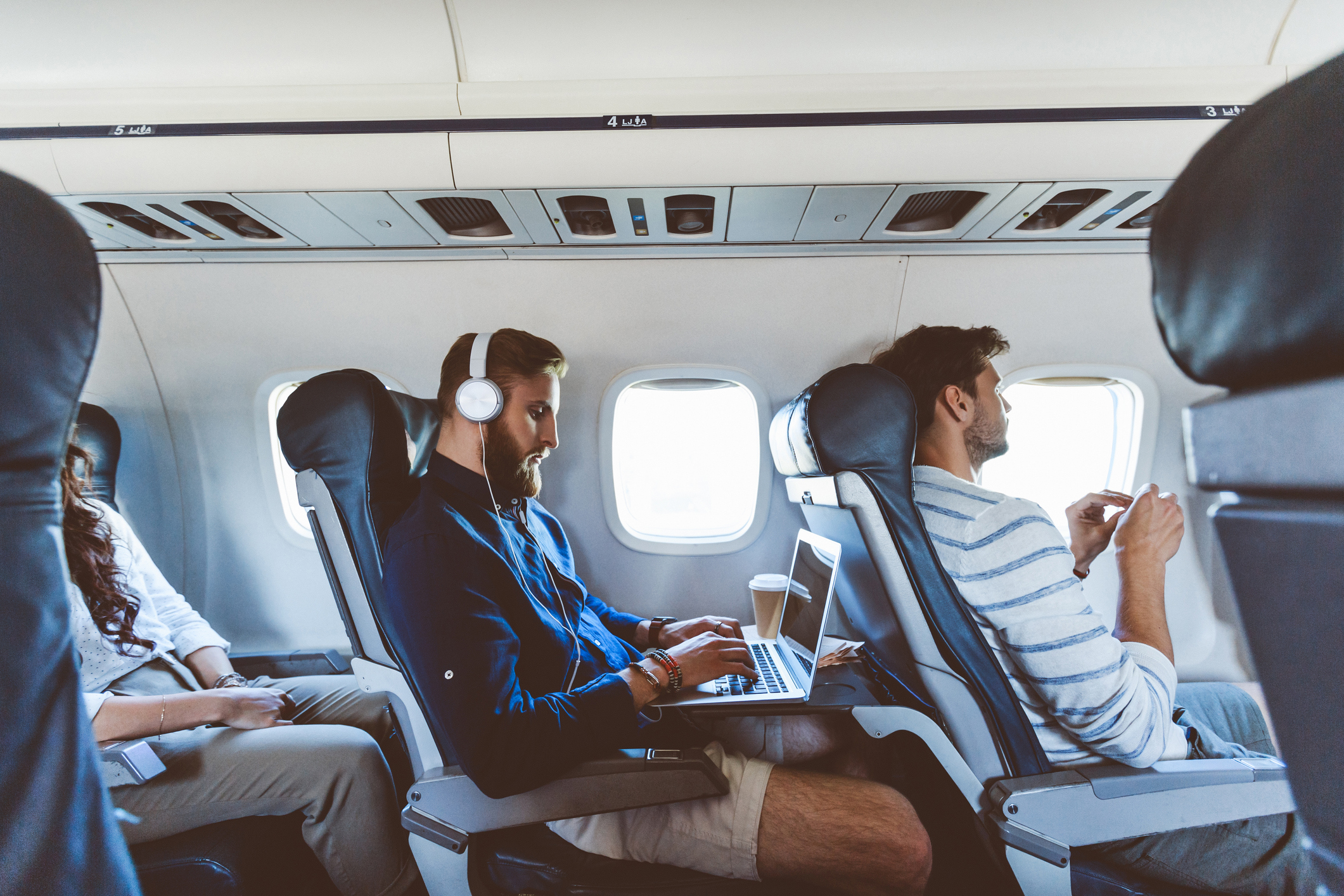 Wi-Fi in the Sky

What are the "ground-based models" and "satellite-based models" for inflight Wi-Fi to which this article refers and how exactly do they work?

A recent Washington Post article entitled "Airplane Wi-Fi is getting better. But why is it still so bad?" made the point that the inflight Wi-Fi experience has improved recently "due to a widespread shift from old systems that used towers on the ground to satellite-based models, an update that airlines have been making for much of their fleets." This naturally raises the question, what are the "ground-based models" and "satellite-based models" for inflight Wi-Fi to which this article refers and how exactly do they work?

It turns out that there are currently three different methods of experiencing Wi-Fi on an airplane. These are (1) air to ground transmission (or "ATG"), (2) "Ku band" transmission via satellite and (3) "Ka-band" transmission via satellite. All three methods require (1) a server located on the ground with a transmitter, (2) a receiving antenna located on the outer surface of the plane, and (3) a server and router located inside the plane. Let's look at each method in more detail.

The "ground-based model" (referred to in the aforementioned Washington Post article) is commonly called "air to ground" or "ATG". This type of Wi-Fi on airplanes uses the same infrastructure that makes it possible for smartphones to access wireless internet. This infrastructure primarily includes cell phone towers that transmit a 4G LTE signal to an antenna mounted on the bottom of the airplane. This is the slowest method for an inflight Wi-Fi connection, transmitting at roughly 3 megabytes per second ("MB/s"). For comparison, a standard smartphone operates at speeds of 30 to 40 MB/s second. Also, this method of transmission can only operate over land where cell phone towers have been built. Consequently, this method of transmission cannot be used by airplanes flying over a significant sized body of water. Satellite-based models for inflight Wi-Fi, however, solve this problem to a large extent.

The term "Ku band" refers to the 12 to 18 gigahertz ("GHz") portion of the microwave section of the electromagnetic spectrum, which is used for satellite transmissions. One advantage of using the Ku band is that it is technically faster than an ATG transmission for the purpose of inflight Wi-Fi (around 50 MB/s). However, the speed can be slowed down significantly by the number of people using it on a particular airplane as well as the number of airplanes receiving the transmission from the satellite. This problem can be addressed eventually with more satellites. Another advantage is that a satellite transmission is not limited geographically and can be accessed over oceans and other large bodies of water if a satellite is properly positioned to transmit a signal to an airplane.

The term "Ka band" refers to the 26.5 to 40 GHz portion of the microwave section of the electromagnetic spectrum. This is also used for satellite transmissions but allows for higher bandwidth. Notably, the 5th Generation ("5G") network will rely heavily on this frequency. The Ka-band is faster than the Ku band (around 70 MB/s) but it also can be slowed down by the number of airplanes accessing the satellite's transmission as well as the number of people on the planes accessing the transmission. The Ka-band satellite model combined with the Ku band and ATG models seem to be the next evolution in the challenge to provide faster and more reliable inflight Wi-Fi connections. Of course, this would require differently mounted antennae to receive the different transmissions which create additional challenges.

Establishing a fast and reliable inflight Wi-Fi connection is a difficult problem to solve for many reasons. One major problem is created by the fact that an airplane is traveling at a very fast rate of speed over a long distance. This requires the airplane to connect with many different cell towers (in the case of an ATG transmission) and satellites which are also moving at even faster rates of speed around the earth. The airplane must also be able to switch quickly from one transmission to another throughout the trip, and ideally do so in a way that does not interrupt the service. Different carriers employ different technology from multiple antennae mounted on different parts of the plane's exterior to antennae that can redirect themselves to maintain a connection. When you think about it, it is a wonder that this is even possible in the first place.

Another problem has to do with the antennae mounted on the airplane and other equipment necessary to receive the Wi-Fi transmission. No matter how aerodynamic an antenna is, it will always create some drag, which will, in turn, translate to higher fuel costs. This problem has been minimized through newer models that are smaller and more flush with the airplane's exterior. The antennae and the onboard equipment also create added weight which also translates into higher fuel costs. Fortunately, the newer generations of Ka-band antennae are thinner and require less power. So, the trend seems to be that inflight Wi-Fi connections will continue to improve over time despite the obstacles. Onward and upward!