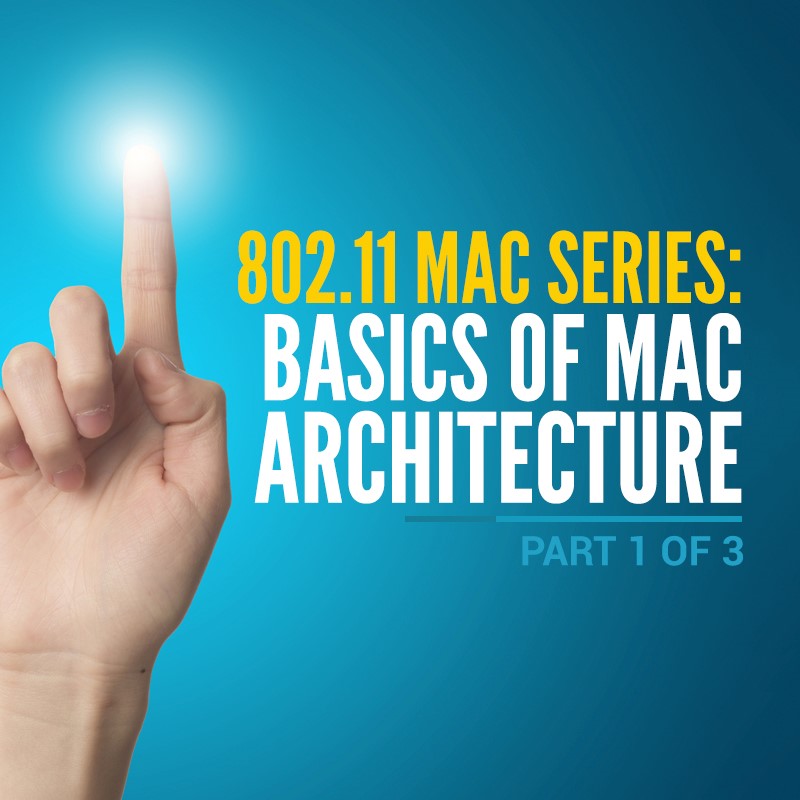 Welcome to the 802.11 series of blogs for beginners in the field of wireless networking. In this blog, we will discuss the basic components of the 802.11 MAC architecture.

The basic component of any network communication is data, which is in the form of packets, frames, or bits. A packet is a unit of data that is transmitted over the network, and contains routing information that helps it to reach its destination. The Network layer of the Open System Interconnection (OSI) model uses the packets as a data unit. On the other hand, the frame is a unit of data used in the Data-Link layer of the OSI model. Frames contain information related to the flow control, frame synchronization, and error checking. A bit is a binary digit, 0 or 1, that is a basic unit of communication in the Physical layer of the OSI model.

An 802.11 network deals with the following two layers of the OSI model:

The Data-Link layer of the OSI model is categorized into two sublayers:

The above figure shows that the MPDU data frame contains the three main components:

Now, the MPDU data frame is sent to the Physical layer from where the data frame is forwarded further to reach at the destination device.

The Physical layer of the OSI model is categorized into two sublayers:

The following figure shows the data moving between the Data-Link and Physical layers. 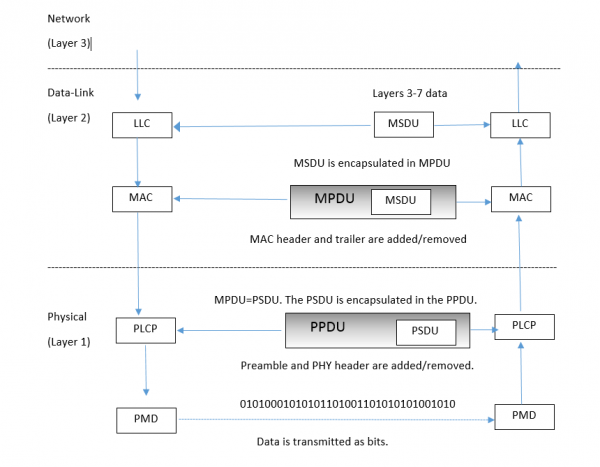 The first frame aggregation method is A-MSDU, where several MSDUs are combined into a single frame. An 802.11n access point uses A-MSDU aggregation and removes the headers and trailers from the received MSDUs, and combines these multiple MSDU payloads in to a single frame, which is known as A-MSDU and is further used for transmission across the wireless medium. The aggregated frame is encrypted using the Counter Mode with Cipher Block Chaining Message Authentication Code Protocol (CCMP) encryption method.

Each MSDU within the A-MSDU must be of the same 802.11e QoS access category. For example, A-MSDU can contain several MSDUs of Video access category only and it cannot be mixed with Best Effort or Voice MSDUs within the same aggregated frame. 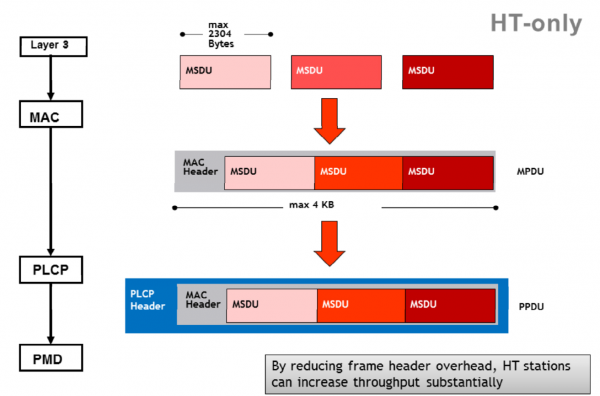 Another method of frame aggregation is A-MPDU, where several MPDUs are combined into a single frame for transmission. Each MPDU of A-MPDU has the same receiver address and data payload and each MPDU is encrypted using the CCMP encryption method. Similar to A-MSDU, each MPDU within the A-MPDU must be of the same 802.11e QoS access category. A-MPDU has more overhead than A-MSDU because each MPDU contains a MAC header and trailer details. 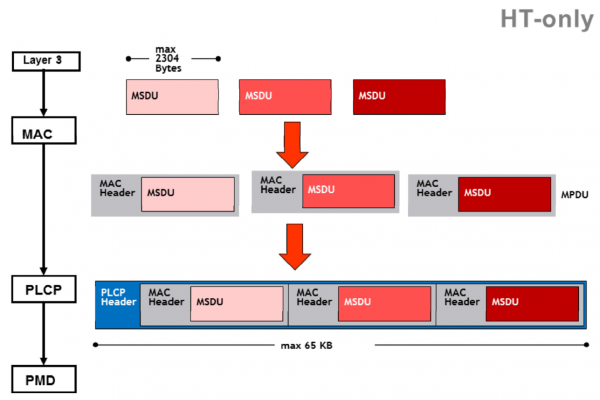 In the next blog, we will take a look at different types of 802.11 frames. Till then happy reading!!