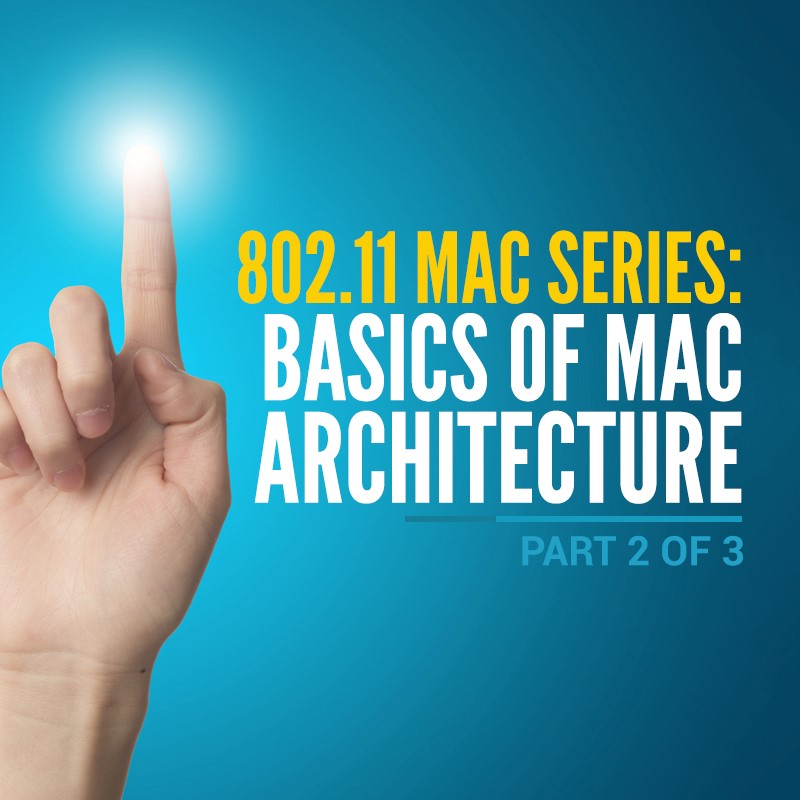 Welcome back to the next blog of the 802.11 series. In this blog, we will discuss different types of frames.

As you know, a frame is a unit of data used in the Data-Link layer of the OSI model. Different frames are exchanged between devices to successfully connect to the wireless network. The IEEE 802.11 standard specifies the following three frame types which are further subdivided into subtypes.

Management frames play a very important role in assisting wireless devices in searching and connecting to the wireless network using the authentication and association processes. These frames are exchanged between an access point (AP) and the client devices desiring to join the wireless network. Management frames do not go beyond the Data Link layer of the OSI model and do not carry any upper-layer information. They are also known as Management MAC Protocol Data Unit (MMPDU), and do not contain MSDUs. The following subtypes of the management frame are:

The Beacon subtype is one of the most important management frames. It is normally referred to simply as a beacon. Beacons are the core of the wireless network because they contain all the information that the client devices should know before joining any basic service set created by the AP.

In the infrastructure mode of the basic service set, the AP sends the beacon frames whereas the client devices listen them in order to select the appropriate AP for connection. Beacons are transmitted in the interval of roughly 10 times per second.

In the independent mode of the basic service set or ad hoc, client devices send beacon frames. The following parameters comprise the body of the beacon frame:

Control frames reserve the wireless medium for providing contention free environment and sending data acknowledgments so that the transmission happens with as few collisions as possible. Some control frames help client devices to fetch data from the AP when the client devices return from a power save state mode. The following are the subtypes of control frames:

Data frames carry the data payload or Layer 3 information between wireless devices. The layer 3 – 7 MSDU data payload is encrypted to implement data privacy over the wireless network. The Data subtype is one of the most important data frames, which is also known as simple data frame that contains the MSDU upper-layer information. Another special subtype of data frame is the Null function, which is also known as Null Data that does not carry any data payload. The Null Function subtype is also used for implementing power save feature by which client devices inform the AP about their status of power save. The following are the subtypes of data frames:

You will learn more about the above frames in the subsequent blogs of the 802.11 series. In the next blog, we will take a look at the phases of wireless network discovery that help client devices to choose the best wireless network. Til then happy reading!!