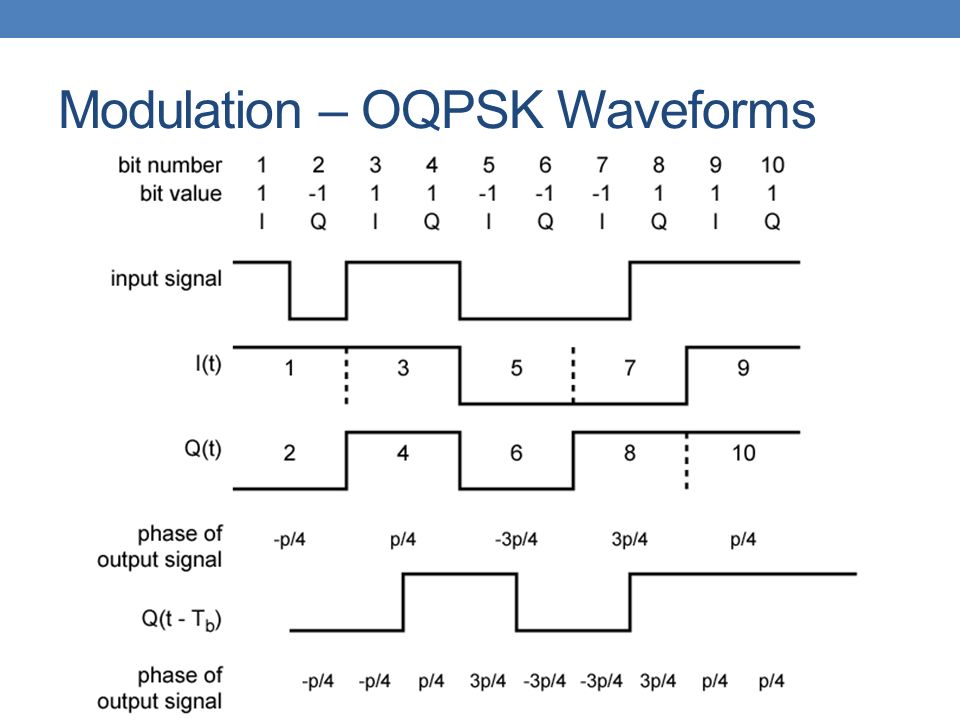 Modulation is defined as the process of manipulating a carrier signal so that it can represent intelligent information. Multiple kinds of modulation exist, but they fall into two general categories: digital modulation and analog modulation.

Keep in mind that all computer processing is the manipulation of binary 1s and 0s. You can think of them as positive or negative, on or off, true or false; but they are usually referred to as bits and we call combinations of these bits binary numbers. For example, the computer byte is eight bits and these eight bits are said to form an eight-bit binary number. The binary number 01101101 is one byte and can represent anything that a coding system specifies. If it is used to represent whether eight different lights are off or on and a 0 means the light is off while a one means the light is on, we know that three of the lights are off and five of the lights are on in this case. The point is simple: once you define what the 0s and 1s mean you can use them to communicate massive amounts of information and any kind of information.

How does this relate to modulation? RF signals are modulated so that they can represent these 0s and 1s. As long as a 0 or 1 can be represented any computer information can be transferred to the signal.

Consider the following very simple example. Assume that two devices are configured to read signals at 1-millisecond intervals and that a change in phase would indicate a change in bit representation. In other words, every time the phase changes we toggle the bit. If there is no phase change, the devices assume the bit should stay the same as it was during the last 1-millisecond interval. Therefore, once communications are established and a starting bit sequence (let's say 010) is defined, any sequence of bits can be transmitted going forward. Stated directly, let's say that when actual data communications are about to begin, there is always a flip from 0 to 1 to 0 so that the receiving device knows to begin processing the next phase changes as information. The following image illustrates this fictitious simple communications system. 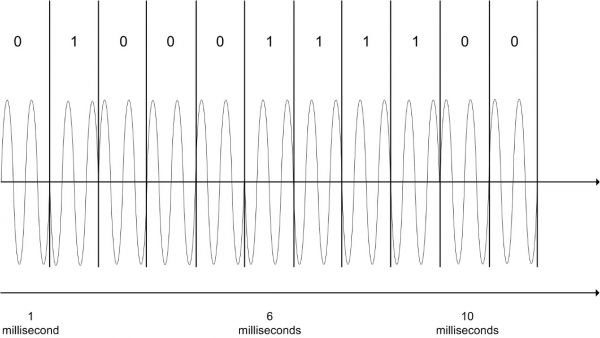 All modulation methods work in a similar manner but expanded with more complexity. For example, different waveforms can represent varying points on a constellation with advanced modulation keying schemes resulting in higher data rates. Such systems are used in QAM solutions implemented in 802.11 networks.

This information should help to get the gears turning and help you better understand modulation in wireless networks.