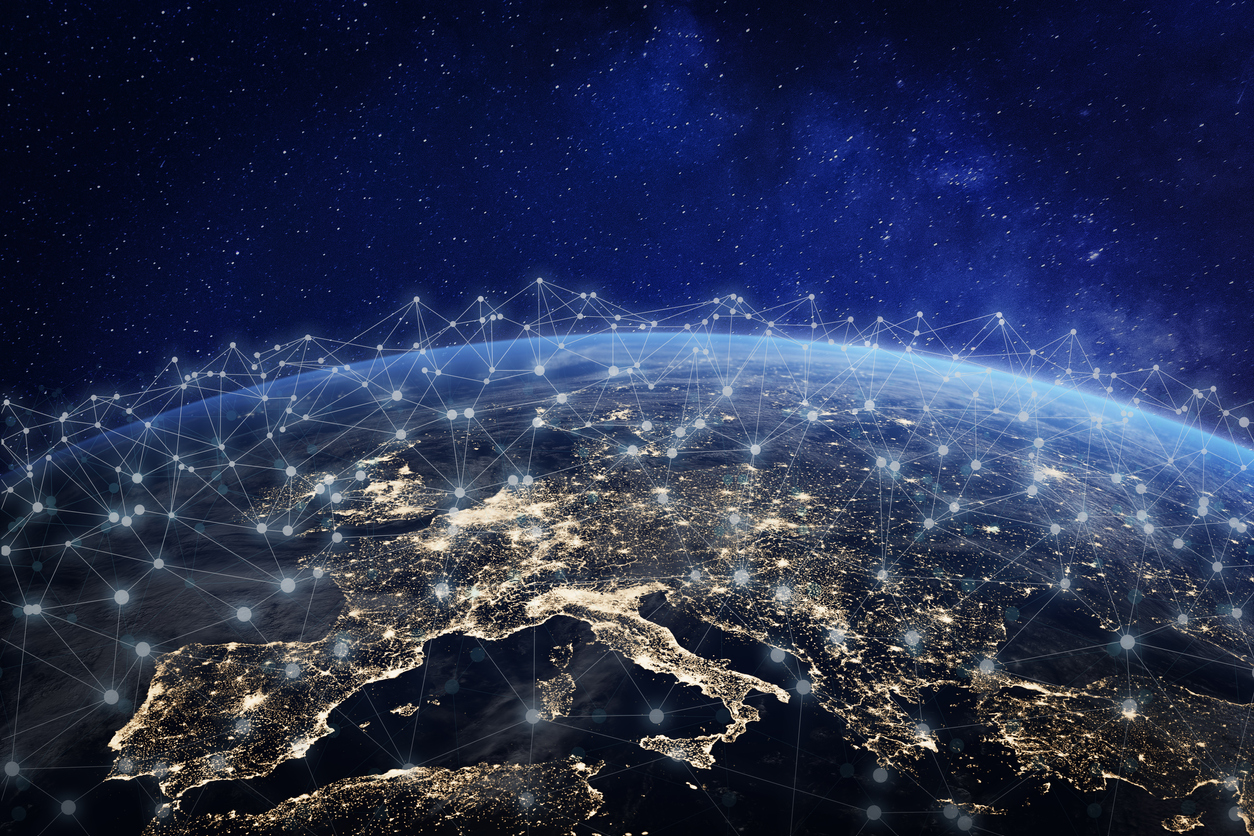 The international space station finally received a Wi-Fi connection in 2010, however connection speeds are still slow due to the long-distance the data transmission has to travel. In order for communication between the ISS and Earth to exist, the data must go to a series of data relay satellites that are 22,000 miles away from Earth. How the ISS is able to communicate with Earth is the subject of the upcoming blog post.

The International Space Station ("ISS") first got a wi-fi connection in 2010. The connection was slow then and remains slow now because of the long-distance, the data transmission has to travel. Specifically, for the ISS to communicate with Earth, the data must go from the ISS to a series of data relay satellites in geosynchronous orbit 22,000 miles away from the Earth. The transmission must then be relayed from these satellites back to the Earth. For the Earth to communicate with the ISS, the data must again be transmitted to the data relay satellites and then relayed to the ISS. As such, even though the bandwidth is high and NASA is capable of sending large amounts of data at the same time, the latency involved in the transmission is significant.

The DSN allows for communication with interplanetary spacecraft. It works through massive radio antennas positioned around the Earth to maintain communication as the Earth rotates. Latency becomes more of an issue the farther an object is from Earth.

The Future of Space Communication

For the last 50 years, NASA has used radio waves as the means of wireless communication through the SN, NEN, and DSN. Most of these communications between the Earth and satellites, ISS, or spacecraft employ radio waves in the Ku and S-band frequencies. When dealing with latency issues, large data transmissions (especially with the ISS) must be coordinated with the ground station days in advance.

Radio waves lose strength the further they travel from their source. As technology becomes more advanced, the data requirements, both in terms of transmission speed as well as bandwidth, are increasing over time. As such, radio frequency communication is becoming less viable for this purpose. Several initiatives have been and are currently being developed to deal with this issue.

A Delay / Disruption Tolerant Network ("DTN") employs a method of data transmission known as "store and forward." Traditional internet protocols require the various nodes in the path of transmission to be available for transmission simultaneously. If one of these nodes is not functioning properly or if the signal is disrupted during transmission, then data can be lost. By contrast, a DTN can store data packages in the individual nodes and then reassemble the data at the final destination. This is helpful when the destination of the data transmission is not available during the transmission because another object is blocking the transmission. For example, an interplanetary spacecraft might be blocked by a planet or other object from time to time during its voyage.

Communication via lasers is also being developed to solve the problem of weakening radio frequency strength over large distances. This is because lasers can travel large distances with significantly less signal loss than radio waves. Radio frequencies extend spherically and dissipate as they travel, whereas lasers remain focused. Using lasers to transmit data employs the same concept as using radio waves. See the previous blog for more detail on how data is transmitted wirelessly. Communication between Earth and ISS is difficult with lasers because of the precision required. But when successful, data transmission is much faster than using the SN. This technology has the potential for faster data rates and volumes. The two main challenges in using lasers for this purpose is that unlike radio waves, lasers require extreme precision when aimed at a receiver. They can also be distorted when passing through the atmosphere.

In short, wireless communication is necessary to communicate with technology in space. Of course, the conditions in space present challenges to successfully communicate, particularly as to latency, disruption of signal, and signal strength loss over large distances. But it seems that technology is advancing apace to deal with all of these challenges.